The Sporades, which stretch out into the Aegean off Greece's eastern coast, consist of 24 islands, but only four of these are permanently inhabited: Skiathos, Skopelos, Alonissos and Skyros.

The Sporades, which stretch out into the Aegean off Greece’s eastern coast, consist of 24 islands, but only four of these are permanently inhabited: Skiathos, Skopelos, Alonissos and Skyros.

Skiathos is the most-travelled of the islands thanks to its international airport, and its fame lies mainly in its sandy beaches. Away from the coast you can still find isolated hiking trails and the odd Byzantine monastery.

Skopelos is larger, but less visited than Skiathos. Its rugged scenery is perhaps more beautiful and certainly less developed. Its charms were celebrated in the film Mamma Mia!.

Much more rugged Alonissos lies in the middle of a marine park and is surrounded by a group on uninhabited satellite islands. Visitors have increased in the last decade or so, but it retains an exclusive air and some exceptional hiking routes.

Skyros is by far the least visited of the traditional Sporades, at least by non-Greeks (there is a domestic airport). Those prepared to find their way here, however, are amply rewarded by an atmosphere that blends traditional Greek village life with an increasingly trendy “alternative” vibe.

For great beaches head to the west coast of the island. Kastani is famous as the beach in Mamma Mia!, but as a result can be overcrowded. For more unspoilt bathing you’re better off heading on to isolated Armenopetra, where two pebble beaches split the crystal clear waters.

The wedding chapel from Mamma Mia! looked like a piece of CGI perfection, but it’s a real place, Agios Ioannis Kastri. Steps lead up from the sandy cove to the improbably located church. Its movie associations mean that coach and boat trips can spoil the romance, but come in the late afternoon or early evening and you might enjoy the place to yourselves.

The above content is an excerpt from the original article by Andrew Bostock, published in “The Guardian” (theguardian.com). 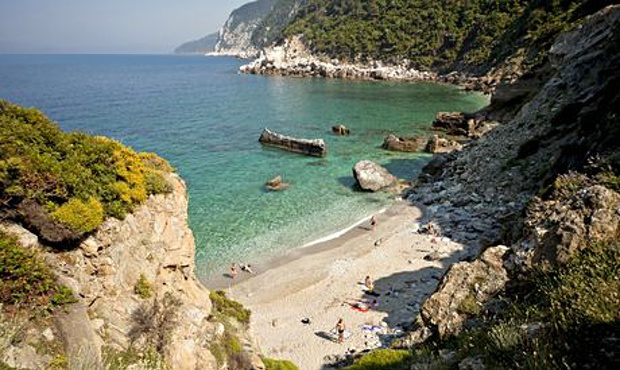 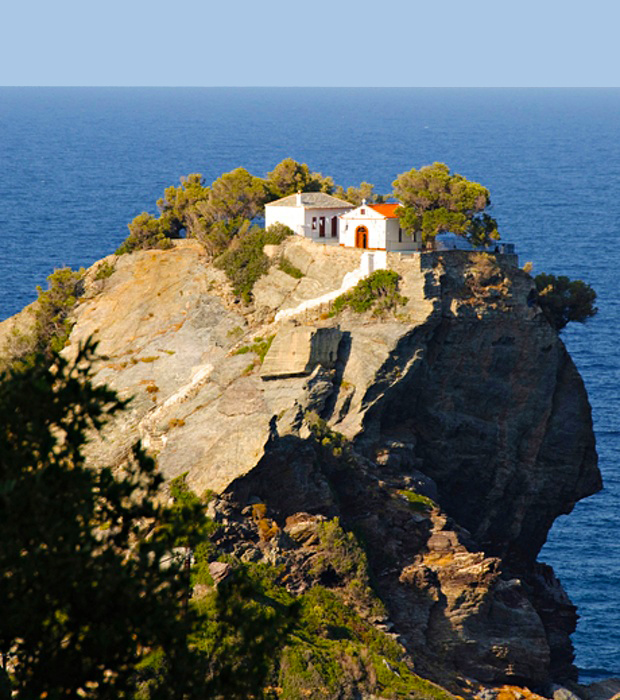